The Challenge of an Authentic Life 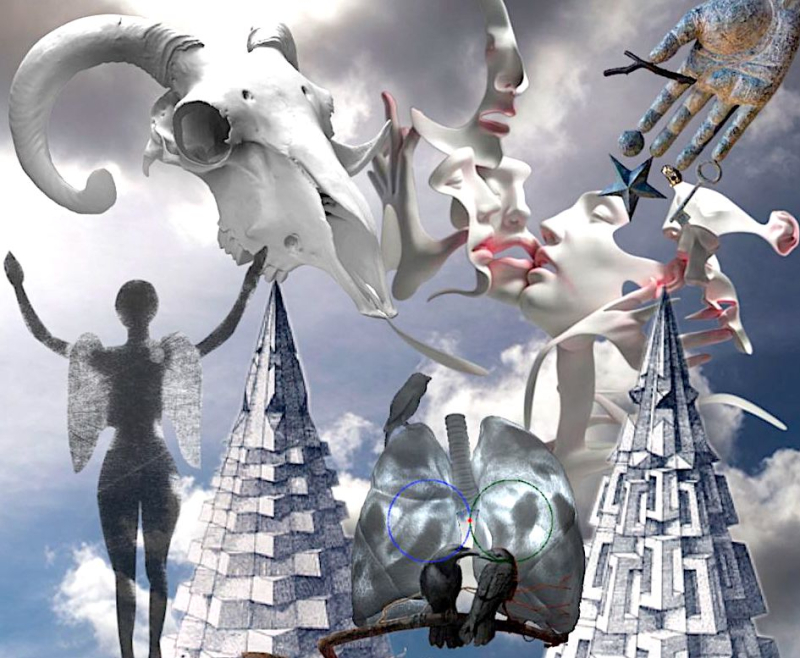 The Urge to Belong

Depending on the emotional health of your parents, and your level of inherent difference from them, you may have learned early, how to reject yourself in order to have family acceptance.

Through the powerful force of conditional love, we are trained to fit in and belong to our social groups. Early societal training communicates the exact recipe of who we have to be in order to "good enough."

Entrained self-rejection is your greatest crime against yourself, and it is the root of emotional pain. Until you examine how you were socially conditioned, you may not be expressing who you are designed to be.

The Longing to be Accepted

We all long to be loved and accepted, even if it means we have to change ourselves in ways that are not in alignment with our inner truth. As children, we unconsciously "match" others to gain love.  We all have a biological urge to look for the safety of belonging. For this reason, it is easy to live a life of "niceness" with little authentic connection.

You might get along well with people during short periods of matching each other, but over time it can leave you feeling empty, numb and false. If you change yourself to match another in order to connect, you will eventually feel more separate, because you are taking no risks to express your uniqueness.

It takes a powerful strength of will to question everything you have been taught to believe. Your self-rejection, inculcated in early life, will unconsciously perpetuate itself long after you are grown. Even if you know that your compliance with societal norms does not feel true to you, to challenge them can bring up the fear of the loss of love.

Self-condemnation will likely intensify when you embark on the journey of loving yourself for who you really are. Breaking family and societal "rules" causes fear, and it opens up original emotional wounds of not belonging. Challenging your beliefs about who you think you have to be in order to belong can bring up the primal fear, guilt and shame of feeling different from others.

And, pretending to be someone you are not can often feel more "comfortable" even as it is painful. Yet, when you go against yourself, you will feel false, frustrated and dishonest. 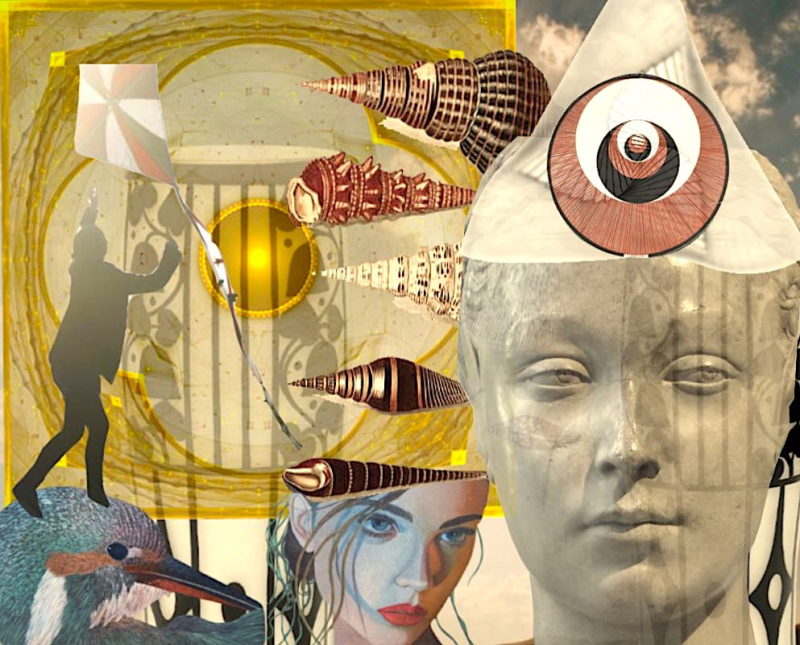 I understood that my place in my family, as the only girl, was to be what my mother wanted me to be. I grew up believing that I would marry, have children, and perhaps have a recreational job for extra shopping money.

Parallel to my family life, I was secretly intrigued by becoming an artist. Unbeknownst to my parents, as a young child, I started my own art business. At five years old, I began selling my prolific stack of drawings, door to door for ten cents each.

In the early 1970's I remember, with great resignation, picking my future husband out of the Sears Catalogue. When I met him 12 years later he looked exactly like the model on the page but without the navy blue leisure suit!

For as long as I can remember I was fearful about expressing any kind of difference in my family and my peers at school. As I grew older, my true feelings poured into my private journals and sketchbooks which I buried in my closet for fear of being discovered.

I met my husband-to-be at age 17. At the time, I was a teen model and a pageant queen. I was unanimously voted "Miss Congeniality" in the beauty pageants I competed in. I could fit into any group and be accepted anywhere I went. My new husband and I both tried to "look" good. Even though there was great difficulty in our marriage, I struggled to appear perfect on the outside.

By all appearances, we looked, at first, like a model couple. We had a lavish white wedding. I went to an art and design college for five years. I had my carefully composed paintings hanging in the top gallery in the city. And, I had very low self-esteem. I was passive, undefined and easily controlled. I had not yet found the courage to be myself.

When my mother was growing up, she was verbally abused by her father, and she was easily shamed. I felt pressured to be the perfect daughter. I always tried to be cheerful, polite and kind.

What I did not bargain for was the intensity of emotion that pressed up from my depths when I became pregnant with my daughter. My desire for a natural birth began a birthing of spontaneity in myself that was more powerful than my perfectionistic self-control.

Early into my pregnancy, I began to mourn my early loss of authenticity. I could not bear to raise my daughter in the same emotionally restrictive way. As my pregnancy progressed, I began crying in the middle of the street, in the grocery store, and during movies and TV commercials.

As my pregnant belly grew larger, the control that I lived my life from began to crumble. I could no longer paint such carefully designed paintings. I pulled my work out of the art gallery, and my private sketchbooks became filled with mourning faces with hollow eyes, mouths unsmiling, and clouded over from lack of expression.

The urge to express honestly became intense. I had formed myself around the unhealed emotional pain of my parents. I inherited their conditioned beliefs. After my daughter was born, five members of my close family died in a short period of time. There is nothing like loss and tragedy to remind us to live an authentic life. 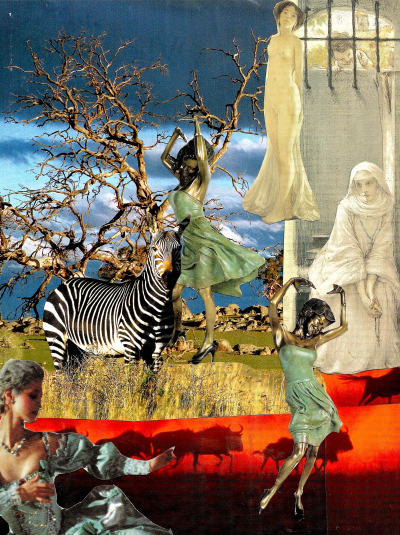 To unlearn self-rejection, it is helpful to turn to the non-linear worlds of dreams and spontaneous art. Devoted, my daily practices of writing poetry, dancing, collage, painting and drawing were opening me up to who I really was.

With great vitality, I painted spontaneous paintings all night in my basement when my baby slept. When she awoke, I took her to the local coffee house for radiant breakfasts, amazed at what was opening up in me.

As my creativity opened up, my spirituality and sexuality blossomed. I danced to music in my living room, I wrote poetry at the kitchen table as my daughter watched me studiously from her high chair.

When I found out my husband was having an affair, the door to leave him opened. Feeling absent of all fear at the time, it seemed naturally ecstatic to bag up all of his clothes and toss them onto the front lawn.

The Challenge of Authenticity

When the reality hit me that my marriage was over, I considered that I was acting irrationally. Practically speaking, I was a financially dependent woman. I had a baby to support. I was a professional artist that did not make enough to financially support myself.

We decided to set a date to talk about getting back together but the night before our talk, I was stunned to find that the Larger Life had other plans for me. The creative freedom that I had been practicing opened up a great big fresh new door.

The night before I was to renegotiate my marriage, I was given an archetypal dream to consider. In the dream I was on a large boat in a tumultuous sea. A tall spiritual being approached me, and in a booming voice he told me pointedly, "You are a lesbian!"

In my dream, I was stunned. As his words reverberated to the bottom of my soul, the sky opened up, and light poured down on me. A staircase rose from the boat, and I climbed it up to heaven.

I awoke from the dream profoundly stilled. When my ordinary mind came back, I started to panic. Surely, I thought, I could not live this truth within my family and social groups. Later that day, when I went to the bookstore to research what it might mean to live a "lesbian lifestyle," two women walked in holding hands, and I burst into tears.

Later when my husband and I discussed reestablishing our marriage, I told him about the dream. He was silent and then said, "Funny, I just saw Andrea at 7-11 this morning." Andrea was my creative childhood friend who I had known since I was five years old.

Growing up, Andrea was my deep soul companion and my creative muse. Our mothers were sorority sisters, and when we were little, we played magical games together. As teenagers, we stayed up all night talking about creativity while smoking cherry flavoured cigarettes. 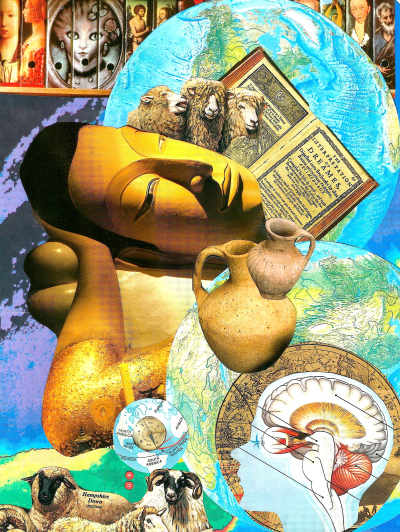 Impelled by my powerful, archetypal dream, I left my known to follow my unknown. I embraced a relationship that had little family support or societal context for me. Andrea and I fell in love.

After my heightened dream experience and my subsequent spiritual awakening, for some reason, my honest self-expression suddenly felt harshly forbidden. The unhealed weaknesses in my character rose up with a vengeance.

Soon after, I felt intense fear whenever I expressed how I truly felt. I discovered that I had large areas of my character to strengthen and heal. I had many closed doors within myself to open.

Long repressed, my need for self-expression was so intense, it would often come out in large bursts of messy courage followed by intense self-ridicule and emotional withdrawal.

Determined to love all of myself, I have created spontaneous art every day as a way to open myself back up, and I have continued to touch into the mystery of my creative unconscious for over 20 years. It has been a slow and fruitful journey of recalibrating my nervous system back to the safety of being myself.

Writer and therapist Deena Metzger describes the journey into the "forbidden inner world" of an authentic life:

"Traveling to the inner realm, even though it is explicitly and absolutely ours, is often forbidden and constrained. Each of us knows the fear if we speak our minds openly, we will be embarrassed and endangered. The inner world is always, by its very nature, every moment, for one's entire life, new territory.

And therefore, the inner world is always outside of the prescribed behaviours, outside constraints, rules, and regulations, outside traditional and legislated ways of seeing and behaving. Someone who lives in the inner world and abides by its rules is, almost by definition, an outsider." 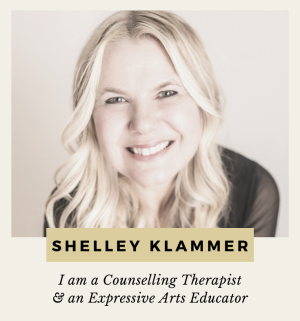 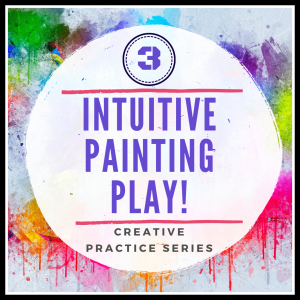 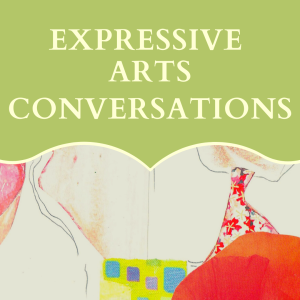 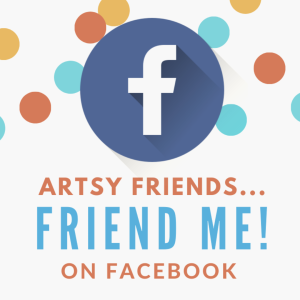